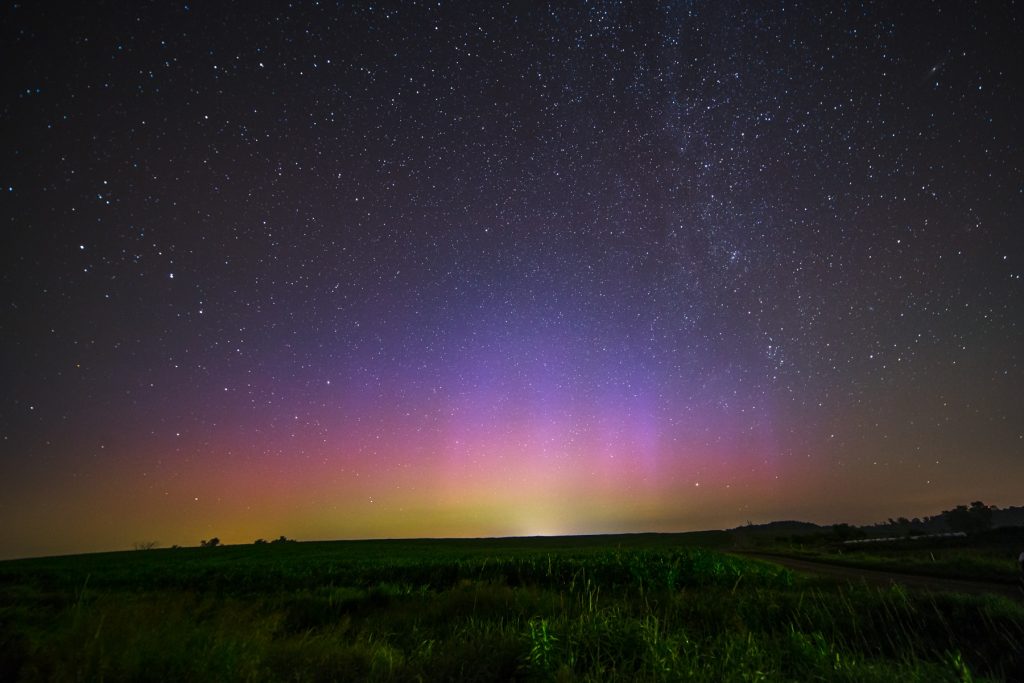 At the morning service I preached from John 1:1-5 on the coming of Christ as the entrance of light into our dark world. “The light shines in the darkness, and the darkness has not overcome it” (v.5).

What, exactly, is the darkness of our world out of which the light of Christ shines? It’s not the lack of general knowledge. If it was, education would be our salvation. Nor is it a lack of revelation from God. God reveals himself continuously through his creation (Psalm 19:1), and through the Scripture as well (2 Timothy 3:16). Yet our sin has made us blind to that light of God’s revelation.

The darkness of our world is implied by what John says in v. 4: “In him was life, and the life was the light of men.” Elsewhere in John, Jesus calls his light the “light of life” (8:12). If the life of Christ is light, and his light is life, then our darkness is due to the fact that, apart from grace, we are spiritually dead. What we need to bring us out of the night and into the brilliant sunshine of God’s eternal day is not more knowledge in general, or even knowledge of the Bible or Christ (if that knowledge remains only in the head and not in the heart). We need to be made alive, to be born again.

So the birth of Christ is the dawning of the “sun of righteousness” (Malachi 4:2), to shine that life-giving light upon our hearts that brings about nothing less than a spiritual resurrection. Our world is still in the night of sin, but the first rays of the light of Christ are breaking out over the horizon. One day, when Christ returns, he will reign over a new creation in which he himself will be the light that illuminates all things (Revelation 22:4). Until then, by faith we behold the divine effulgence that radiates from the face of Christ (2 Corinthians 3:18), and in doing so, we have eternal life.

So let the Christmas lights shine! Because they remind us of the light of Christ emanating from the Bethlehem inn on Christmas morning, bringing new life to all who come into his light.

Last week I finished reading the Life and Diary of the Rev. David Brainerd (preceding link is to the single-volume edition by Banner of Truth; I read the same book out of The Works of Jonathan Edwards). David Brainerd (1718-1747) was a missionary to Native Americans during the colonial era, working in what is today New York, Pennsylvania, and New Jersey.

His diary and journal, edited and commented upon by Jonathan Edwards, tells the story of an extraordinary young man who endured tremendous hardship in order to preach Christ to a people often indifferent and sometimes hostile to the gospel. At first his labors produced virtually no fruit, but towards the end of his life God used him mightily to bring dozens if not hundreds of Native Americans to Christ. Brainerd, very careful to discern true conversion from a counterfeit religious experience, details the incredible transformation God’s grace produced in the hearts and lives of his converts. But quite apart from this success, Brainerd’s sheer love of God and remarkable devotion to making Christ known inspires the Christian’s heart. No wonder his writings encouraged such legendary missionaries as William Carey, Adoniram Judson, and Jim Elliot.

Brainerd inspires for another reason: he suffered in a way every Christian, if I may put it this way, should aspire to suffer. Plagued by bouts of soul-crushing depression and afflicted by the tuberculosis which eventually killed him at the age of 29, through it all Brainerd sought with all his heart to honor and please God with his every thought and word. His entire outlook on life, in suffering and death, was radically God-centered. I hope I can die like him, longing for heaven but seeking to be an instrument for Christ as long as he gives me life.

God’s providence was wonderfully evident in Brainerd’s life as well. His plan to be a minister of the gospel was nearly ruined when he was expelled as a student from Yale. In a moment of unguarded zeal, he sarcastically said of one of his tutors that he has no more grace than a chair (yes, in those days that could get you kicked out of Yale!). Despite that, though, he was eventually ordained by the church and called to be a missionary to the Indians. Had he not been expelled, perhaps he would have lived out his days as the pastor of an English-speaking church. No doubt his ministry would have blessed many, but Brainerd certainly would not have had the influence he’s had over the centuries.

I commend any believer who wants to take on Brainerd’s Life and Diary. But be warned, it can be slow-going at times. However, I found the hard work of plowing through this book more than worth the patience and effort. Here is a Christian absolutely given over to loving and serving God. I felt that in comparison, I am a spiritual pygmy. But more importantly, as I got to know Brainerd through his own words I found myself wanting to be more like him – utterly devoted to Christ.