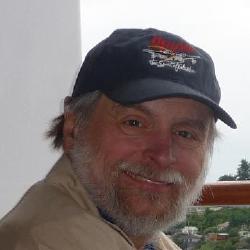 Our church family lost a dear brother last week, Mr. Bruce Long. Bruce was a charter member of the church and served for many years on the session as a ruling elder. He was a faithful servant of Christ, a devoted husband, father, and grandfather, and a good friend to many both in the church and in the community. I always admired and appreciated the way Bruce faithfully reached out to others with a visit or phone call. It showed he genuinely cared for the well-being of his friends.

Bruce also often expressed his concern for the next generation of believers, that the church should take a special interest in nurturing them in the faith. What the Apostle John said of his converts was true for Bruce, both concerning his own children and for the young people of the church: “I have no greater joy than to hear that my children are walking in the truth” (3 John 4).

Bruce was soft-spoken by nature (though his humor made us laugh), and he never sought attention for himself. Yet because of his loving concern for others and his kind ways, his absence is painfully felt.

But we know Bruce has entered into his eternal rest, to be with Christ in glory. In the midst of our sadness and loss, that is our comfort.

Death is swallowed up in victory.

O death, where is your victory?

O death, where is your sting?

Last Sunday I began a series of four sermons for Advent on the meaning of the incarnation of Christ. The common theme of the messages is the grace or blessing God has brought to our world in the birth of his Son Jesus Christ. Last week we looked at the truth that with his coming, Christ has brought hope to a world in despair. The text was the prophecy of Zechariah in Luke 1:67-80 (called the Benedictus, the Latin word for “blessed”, the first word of the prophecy).

One of my points was that the birth of Christ gives us hope (in the sense of full assurance) that God will fulfill all his promises for us in the Scripture. Zechariah’s Holy Spirit-inspired prophecy praises God for the fulfillment of his promises to Israel throughout the ages that he would raise up the Messiah to bring deliverance to the nation. For us, not only is the birth of Christ the fulfilment of those promises, but it’s also God’s pledge that he will bring to pass all the promises he’s made to us Christ.

Here’s Zechariah naming his son “John,” as depicted in a 15th-century Italian painting. 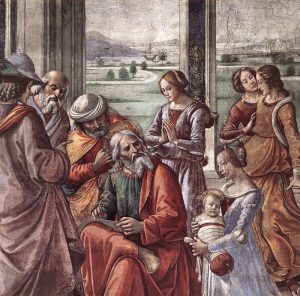 He had to write out his son’s name on a tablet since he still could not speak as a result of disbelieving the angel Gabriel’s promise that his barren and elderly wife Elizabeth would give birth. It was right after this that God unloosed his tongue and Zechariah burst forth in praise to the Lord. Now he believed! And he was full of hope.