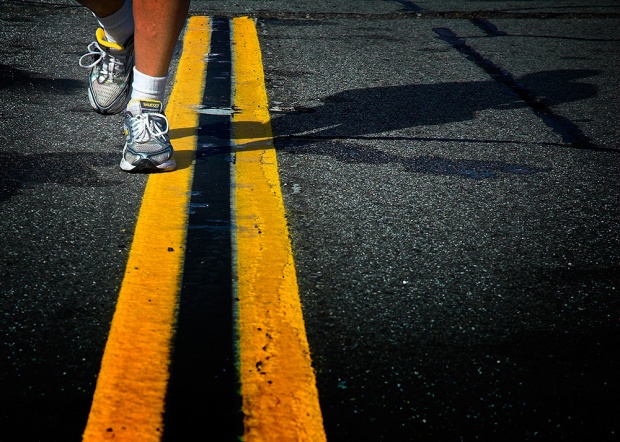 Last but certainly not least, the “P” in “TULIP” stands for the perseverance of the saints. Like all the doctrines of grace (or “Five Points of Calvinism”), this is no dry and abstract concept divorced from our lives as Christians. Rather, it is a promise of God that comforts and encourages our hearts. Nothing can put a spring in the step of a believer than knowing he is forever secure in the love of his Heavenly Father.

The perseverance of the saints simply means that true Christians can never lose their salvation. Once a sinner has been united to Christ by faith and by the irresistible grace of the Holy Spirit, he will never be separated from his Savior. To boil the doctrine down to bumper-sticker length (though oversimplifying things a bit), it means: “once saved, always saved.”

The Bible declares this truth beyond any reasonable doubt. Jesus said of his sheep: “I give them eternal life, and they will never perish, and no one will snatch them out of my hand” (John 10:28). The apostle Paul declared, “And I am sure of this, that he who began a good work in you will bring it completion at the day of Jesus Christ” (Philippians 1:6). And many other similar verses confirm this most precious promise of God (John 10:27-29; Romans 11:29; 2 Thessalonians 3:3; 2 Timothy 4:18).

You’ll notice that the doctrine is called the perseverance of the saints, not the perseverance of “all who profess faith in Christ.” This promise belongs to the true children of God, those whom the Father has elected for salvation and for whom Christ died. When the Scriptures speak of the falling away of those who have professed faith in Christ and even have been part of the church (e.g., Hebrews 6:4-6), those in view are people who never had genuine saving faith in Christ in the first place. They were never born again by God’s Spirit, and thus in their apostasy they haven’t lost their salvation because they never possessed it to begin with. According to John, “They went out from us, but they were not of us; for if they had been of us, they would have continued with us. But they went out, that it might become plain that they all are not of us” (1 John 2:19). Though true Christians may backslide and sin grievously for a season, they never completely fall away from Christ so as to forfeit their salvation.

Though I don’t want to quibble over words, it’s also important to call this doctrine the perseverance of the saints, not the “preservation” of the saints. It’s a glorious truth, of course, that our persevering in faith is ultimately the product of God’s preserving us in his love and grace. Without God’s preserving grace, we’d all naturally fall away from Christ. At the same time, the word “perseverance” highlights the fact that Christian perseverance involves our faith, and faithfulness, and obedience. Jesus said, “… the one who endures to the end will be saved” (Matt. 24:13). No one will be saved who fails to endure to the end. God has chosen us “that we should be holy and blameless before him” (Ephesians 1:4). The path to holiness and blamelessness is one of holiness and blamelessness. Perseverance is God’s promise that he will keep us on this path throughout our lives, until we reach heaven (though of course we often stray and must be brought back to it).

For this reason nothing could be further than the truth than the idea that this doctrine ministers to sin and licentiousness because it gives believers a giant green light to go out and live as wildly as they want, being secure in the knowledge that they’ll make it to heaven no matter what. Again, the promise is that God will guard us in the way of salvation, which the way of faith and obedience. The same Christ who justifies us by his grace will also sanctify us by his grace. The fact is, anyone who thinks this teaching gives him the “freedom” to live in sin has never really understood the grace of God. We have received grace in order to serve and worship Christ (1 Peter 2:9), and God’s promise is to secure us in that grace.

In fact, knowing you are secure in your redemption frees you to serve Christ with joy and gratitude. What bondage it would be to worry that every time you stumble or fail, you’re in danger of losing your salvation! Your obedience and worship would be driven by fear and guilt. But with the assurance that God’s promise of perseverance brings, you may freely serve your Savior with a thankful and joyful heart.

Finally, the perseverance of the saints extends into all eternity; it is sometimes called the “eternal security of believers.” Not only do Christians enjoy the promise of reaching heaven, but also the promise that they’ll never leave heaven. Jesus spoke of a great chasm separating heaven from hell that no one can cross (Luke 16:26). The promise of perseverance means that, just as you as as sinner could never earn your way into heaven by your righteousness, so you as a glorified saint will never be in danger of sinning your way out of heaven. You’ll be made perfect, incapable of sinning – forever.

Until then, as every Christian knows all too well, we can and do sin in this life. But the promise of perseverance assures us that, if we truly belong to Christ by faith, God will keep us in his love all the way to our heavenly home. Because God gave us his Son to save us, and because Christ died and was raised for us, and because Jesus continues to intercede for us, nothing in all creation “will be able to separate us from the love of God in Christ Jesus our Lord” (Romans 8:39).

This is the promise of the perseverance of the saints – Amen!